The Wood for the Trees: Seeing the Value in Vulnerable Indigenous Knowledge 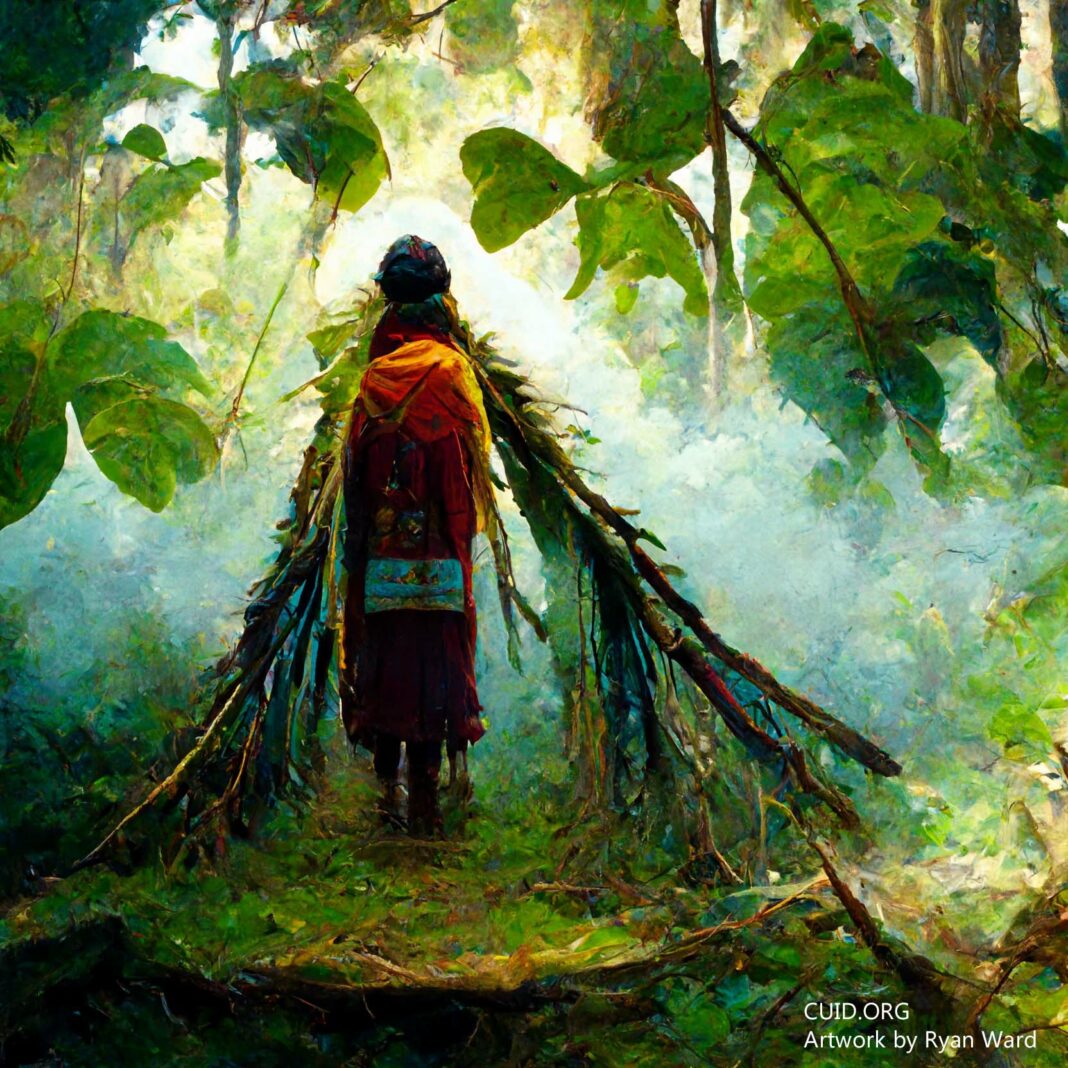 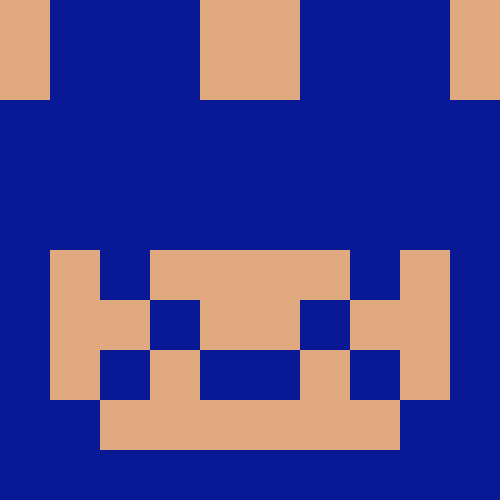 By Sam Brown, and artwork by Ryan Ward

The Shipibo-Conibo are an indigenous people situated along the Ucayali River in the Amazon rainforest. Coupling a modern existence with centuries of tradition, the Shipibo-Conibo have retained a shamanic understanding of health that closely ties the individual to a spirit world. Crucially, bodily prosperity is placed in a reciprocal relationship with the surrounding natural environment and its spirits: human health is dependent on its harmonious congruence with nature.

The ayahuasca brew is just one example of how the Shipibo-Conibo medical outlook manifests itself. A powerful psychostimulant made from a unique combination of the ayahuasca vine (Banisteriopsis caapi) and the leaf of the chacruna plant (Psychotria viridis), ayahuasca allows the user to access their inner subconscious landscape and experience cathartic visions. Such ‘spirit-assisted’ healthcare is viewed with scepticism and condescension in the West, yet indigenous medicine like this deserves respect not only for the crucial lessons it teaches us about our relationship with nature, but also for the vast wealth of knowledge that lies imbued in indigenous practice. In line with this, the power of ayahuasca to treat cases of severe depression has started to be investigated by ethnobotanists, with promising early results.

The benefits of exploring indigenous medical knowledge can therefore be seen in two broad avenues of understanding: the ecological and ethical education Westerners can obtain by learning about how indigenous populations interact with the environment as an equal entity; and the pharmaceutical potential of study into shamanic practices, as well as the opportunities for drug development that biodiverse indigenous land presents. This potential for learning, however, sits at a tense intersection with other factors for consideration, specifically the human rights of indigenous peoples and the all-encompassing threat of climate change. This intersection needs to be considered if we are to advance a truly inclusive plan that recognises how improving global health and tackling climate change are closely intertwined.

While indigenous populations clearly live in all varieties of ecosystems, those situated in rainforests provide the most obvious example of where medical developmental and sustainability goals misalign. The biodiversity of tropical rainforest is truly astounding. Rainforests covers less than 7% of the Earth’s surface, yet are home to about 50% of all land animal and plant species.[1] Indigenous populations are active agents in the conservation of this biodiversity. The territories of the world’s 370 million indigenous people cover 24% of land worldwide, and contain 80% of the world’s biodiversity.[2] It is perhaps unsurprising then that this fertile land which holds so much pharmaceutical potential is also a target for biofuel producers and farmers, two recent perpetrators of the Brazilian fires.

Biodiverse land is thus a precious resource that, if utilised sustainably, can be central to our defence against the looming threat of mass antibiotic resistance. Earlier this month, for instance, scientists working in a tropical forest near Los Tuxtlas, Mexico discovered an antibiotic produced by a soil bacterium that may help lead to a ‘plant probiotic’, more robust plants and other antibiotics.[3] Looking beyond antibiotics, rainforests have been at the centre of many of the last century’s key drug developments. The Curare lianas plant, for instance, has been used for centuries by South American indigenous groups to make paralysing poison darts; in Western medicine, an isolated compound derived from the plant is used to treat such diseases as multiple sclerosis, Parkinson’s, and other muscular disorders. As one would expect, the list of world-changing medicines derived from plants in these regions goes on and on.

The pharmaceutical potential of biodiverse areas goes beyond simple extraction, however. The rainforest has all manner of medical tricks up its leaves. Forest organisms often serve as chemical templates from which researchers can synthesize drug compounds. The blueprint for aspirin, for example, was derived from extracts of willow trees. Recent research indicates that birth control medication could similarly be revolutionised by drugs derived from rainforest plants, as could pesticides and cancer treatments. To reiterate, however, this scientific opportunity must always be mediated by a concern for the people who have maintained the very rainforest we see as a resource, and who sustainably obtain their livelihoods from its biodiversity.

The ravages of deforestation therefore materially impact indigenous populations through the destruction of their homes, but also through the loss of the plants used in both traditional and Western medicine. Cassandra Quave, a leading ethnobotanist, emphasises the dual loss that deforestation represents. She argues that we need to “help preserve these areas, and create safe havens for these people before it’s all gone,” for the sake of indigenous peoples but also for the “biological resources” inherent within indigenous medicinal knowledge and biodiverse land. It is as much about preserving indigenous cultural capital as it is maintaining a future source of antibiotics. We may have only screened less than 15% of plant species for their medicinal potential, but the potential of indigenous knowledge presents a far more unquantifiable possibility.

The biodiversity of indigenous land therefore presents an opportunity as much as it poses complex ethical and developmental challenges. According to researcher and writer Rhett Butler, who runs the critically acclaimed website, Mongabay.com, rainforests are “an extensive library of biological and genetic resources.” This “library” metaphor is an apt turn of phrase which has been adopted by others to emphasise the transience of knowledge when we disregard the rights of indigenous peoples. Dr Mark Plotkin, an ethnobotanist at Conservation International, argues that “each time a medicine man dies, it is as if a library has been burned down.” Clearly, to view shamans singularly as simple sources of knowledge is to reduce their humanity, but Dr Plotkin’s point still stands. An anxiety about engaging with traditional medicine on equal and respectful terms is a loss for both ‘sides’, reducing the continuity of knowledge transfer down indigenous generations and wasting a pivotal opportunity for Western researchers.

The reciprocal relationship indigenous peoples have maintained with their environments over vast periods of time has implications that go beyond medical research. Traditional ecological knowledge (or TEK) allows indigenous populations to live in harmony with nature, in complete contrast with the extractive dynamic the Western world has cultivated with its environment. Until the twenty-first century, indigenous peoples were viewed as victims of the effects of climate change, rather than as agents of environmental conservation: with the knowledge they possess of long-term resource management, indigenous groups represent the best possible model for ecological harmony for Westerners to emulate. Indigenous management practices, such as the ritualized burning of vegetation to improve soil productivity, are both culturally and ecologically important.

Indigenous knowledge therefore sits awkwardly at the juncture between being a crucial resource for the future and a fragile entity that necessitates tact in any interaction with it. While the dominant narrative in recent writing about indigenous peoples and climate change has been focused on the industries driving deforestation in the Amazon, for instance, a long-term perspective warrants consideration of this other, existential threat to our shared world: antibiotic resistance and corresponding trends in global health. A crucial step towards a better society is to increase public recognition of the importance of rainforest medicines in our modern pharmacopoeia, while simultaneously elevating the vulnerable position of the very people who lay the groundwork for so much of Western medicine’s advancements.