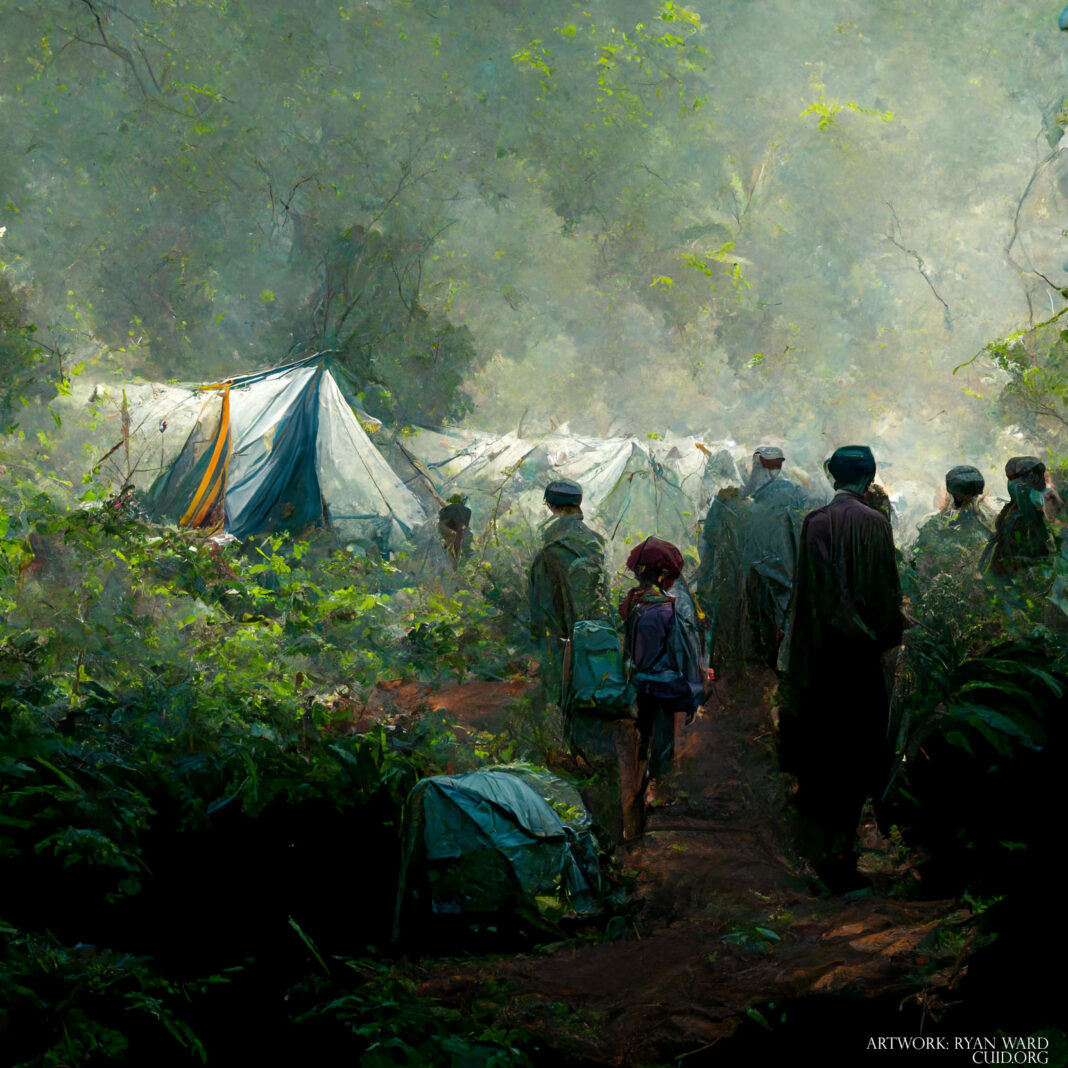 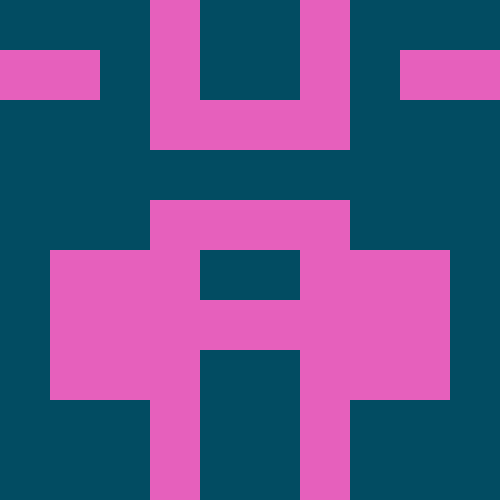 Along the 2,416km border, the contrasting fates of the two nations fuse in vibrant, and often unstable, melting pots which are strategic locations for organisations delivering assistance to those affected by conflict in Burma. One of the best-known is the Thai town of Mae Sot, 4km from the border.

Refugees and migrants on the border

Mae Sot has a long history of receiving migrants and refugees from Burma, who are fleeing political oppression by the military government, known as the Tatmadaw. Burma became independent from Britain in 1948 and was renamed ‘Myanmar’ in 1989. Despite acceptance by the UN, this name is rejected by the US, the UK, and those in-country who feel that it legitimises the military regime (BBC, 2011). The military seized control in a coup in 1962, initially banning opposition parties.

Although the government progressed towards democracy in the early 2010s, with democratically-elected Aung San Suu Kyi becoming state counsellor in 2015, military chief Min Aung Hlaing gained power following a coup in 2021 (Al Jazeera, 2021). The Civil Disobedience Movement and some ethnic armies are resisting the coup, leading to a resurgence of fighting in ethnic regions and undoing the development progress of recent years.

Rarely mentioned in Western media, most refugees around Mae Sot are from the neighbouring Karen State. The Karen — or Kayin, as some call themselves — are one of Burma’s many ethnic minorities, who have suffered longstanding inter-ethnic conflict and unequal treatment by the government. The United Nations High Commissioner for Refugees (2022) reports over 91,100 refugees registered in nine border camps of which the largest, Mae La, is 57km from Mae Sot. This total is dwarfed by the estimated 200,000 migrants around Mae Sot, where they are permitted to work in jobs which are dangerous, dirty and difficult (Chalamwong et al., 2010).

Responding to the refugee crisis

The myriad challenges faced by refugees and migrants have received much attention from international humanitarian and development organisations, including the International Rescue Committee.

Around 10,000 refugees arrived in Thailand following a military attack on Karen rebels in 1984, and a further 10,000 fled following crackdowns responding to the 1988 uprising of student-led protests against government rule. By 1994, there were around 80,000 refugees in Thai camps (The Border Consortium, 2021), attracting a growing population of international workers to Mae Sot. International non-governmental organisations (NGOs), including the UNHCR, and journalists brought flows of donor funding, which was readily available for local CBOs throughout the early 2000s (Nazaryan, 2020). As a result, Mae Sot became the “de facto border headquarters of the international aid community” (Gray, 2015).

However, international funding to Thailand-based organisations fell throughout the 2010s, following political change in Burma. The Burmese president Thein Sein implemented reforms in 2011, including the release of political prisoners and reduced censorship. Reforms made cooperation with the Burmese government more plausible for Western actors. Prospects for assisting democracy in Burma increased further following Aung San Suu Kyi’s 2015 election victory 2015 (Quadrini, 2020). The increasing challenge of justifying long-term assistance to refugees in Thailand meant international funding was often reallocated towards supporting the peace process and delivering education and livelihoods-focussed programmes in Burma.

Supporting a peaceful Burma in which refugees can resettle is vital for human development in the region. However, the shift in donor priorities came at a cost: a 25% reduction in aid to refugees between 2010 and 2020, undermining the work of organisations supporting the refugee and migrant communities (Quadrini, 2020).

The human costs of funding reductions

For organisations such as The Border Consortium (TBC), slashed funding has reduced capacity for programme delivery. TBC works through the Karen Refugee Committee to provide food and shelter in camps and supports camps for internally displaced peoples (IDPs) within Karen State. Between 2012 and 2016, a fall in funding of almost 50% forced TBC to decrease medical care, increase school fees in the camps, and means-test ration provision – the standard adult monthly rice ration has dropped from 15kg to 9kg (Lynch, 2017).

TBC also terminated ration delivery to Ei Htu Hta, a camp for Karen IDPs 30km from the Thai-Burma border, in 2017. These cuts came because of reduced funding from western nations, with an EU Commission spokesperson reporting that reductions were part of a strategic shift away from short-term humanitarian aid toward more development-focused programmes (Quadrini, 2020) such as the STEP Democracy programme, which launched in 2015 to support electoral processes and stakeholders (European Commission, 2022).

When working in Mae Sot this summer (2022), a staff member at the Mae Tao Clinic explained that they had faced similar challenges. The Mae Tao Clinic provides low-cost healthcare for refugees and IDPs, filling a critical hole in care resulting from the lack of rights for refugees in Thailand and the underfunding of healthcare in Burma’s ethnic regions. The clinic has lost funding from major donors such as Norwegian Church Aid, who withdrew support in 2012 (Naing, 2012).

Decisions made by ‘development experts’ in Western nations are also intimately connected to the operation of the clinic, having caused a 20% salary reduction for staff and the introduction of an obligation for patients to pay up to 30% of the cost of non-urgent procedures if they can afford it. Whilst the Mae Tao Clinic received over 50% of funding through governments prior to 2017, the clinic’s 2019-2020 Annual Report reveals that direct government grants accounted for just 4% of funding, with 51% now coming from non-profits and foundations. This shift is emblematic of Western governments’ increasing preference to work directly with the Tatmadaw and the broader shrinking of international development budgets.

Overall, donors’ focus on large-scale political progress has come at a social and economic cost to migrants and refugees remaining in Thailand, who are largely forgotten. It is this decrease in opportunities and welfare provision for those remaining in Thailand, rather than any improvement in prospects in Burma, that drove an increased refugee return rate prior to the military coup of 2021 (Lynch, 2017).

Since the military coup, donor perceptions of the Burmese government have reshaped funding patterns. Governments such as the US have terminated funding for programmes benefitting the Tatmadaw (Cornish, 2021), whilst INGOs have faced problems such as poor internet banking systems and safety concerns (Root, 2021).

There has consequently been a shift toward international organisations relocating foreign workers to Thailand, and speculation that we will return to the situation of 10 years ago in which funding is directed towards NGOs rather than the Burmese government (Cornish, 2021). It is unclear whether increased need outweighs any benefit of greater funding prospects for organisations operating in Thailand.

Lessons for a post-coup world

As governments and NGOs respond to the coup, it will be important to learn from the funding struggles of organisations in the Mae Sot area: the needs of Burma’s vulnerable populations cannot be met by concentrating resources on one side of the border alone. The infeasibility of sending aid directly to the government of Burma requires an innovative approach to support IDPs and promote development in the ethnic regions: a UNOCHA report (2022) suggests that governments and INGOs should engage with Burma-based CBOs, migrant workers associations and cross-border charities to deliver resources where need is most critical.

Cross-border assistance has historically been successful in Afghanistan, where INGOs including the International Rescue Committee began to support locally-focused Afghan medical NGOs in the early 1980s and set a model for NGO engagement through the following decades (Bowden and Siddiqi, 2020).

International attention must also return to the migrant and refugee population, which has grown by over 17,000 since the coup (Sullivan, 2022). Whilst attention is oriented towards emergencies including the Afghanistan crisis, donor funding should not take an ‘out of the news, out of mind’ approach if the UN’s call to leave no one behind is to be truly achieved.

Finally, governments must ensure that the long-term imperative of development in Burma does not eclipse the enduring need of refugees for whom home is no longer inhabitable. When dealing with refugee crises across the globe, the balance between the often-competing causes of humanitarian assistance and sustainable development remains elusive: despite an aversion in the international development industry to supporting projects such as camps which are not designed as long-term solutions, it is vital to take a holistic approach that considers need on both sides of the border when tackling transnational crises.