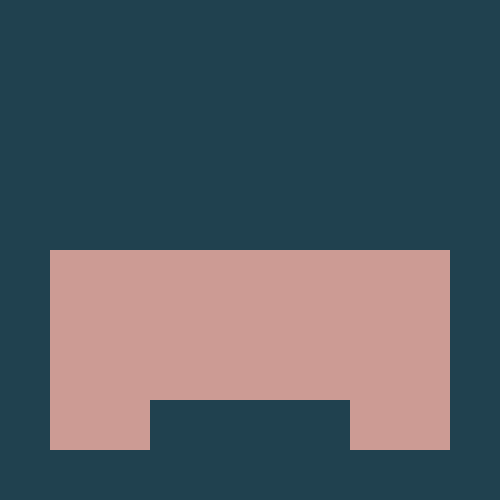 For parts of the world experiencing a combination of both a humanitarian crisis and terrorism, international aid efforts are almost guaranteed to not provide adequate relief.

This depressing phenomenon of repeated failure can largely be blamed on so-called Material Support Laws. These laws heavily penalize the act of providing any kind of material support to terrorists, regardless of whether that support was provided intentionally.

In response to these laws, humanitarian aid organizations often wholly avoid areas where terrorists operate to avoid accidentally providing them with support and facing repercussions – to the detriment of millions of lives that could be improved or saved through well-designed systems of aid provision.

This article focuses on international humanitarian aid coming from the United States and the United Kingdom, representing the first and fourth largest aid-giving states. The article principally emphasizes case studies in the United States, as American humanitarian aid workers experience the impact of these laws to the greatest degree.  It defines terrorist organisations as those party to the United States Foreign Terrorist Organization (FTO) list. This definition is highly debated as to who it ultimately serves, but for the purpose of this analysis, no particular position will be assumed.

The Uniting and Strengthening America by Providing Appropriate Tools Required to Intercept and Obstruct Terrorism Act (PATRIOT Act) was drafted in direct response to the September 11 terrorist attacks and essentially marks the start of the ‘War on Terror’. It was the first of its kind to outline heavy penalties for individuals found guilty of even the smallest connection to terrorists.

In the United Kingdom, the 2019 Counter-Terrorism and Border Security Act serves as the main reference for definitions of acts of terrorism and penalties for those found guilty of association. A preliminary iteration of the Act included a provision that gave the Home Secretary the power to prohibit UK nationals from entering or remaining in a designated region due to terrorist operations in that area. Had this version passed, this provision would have prevented UK humanitarian aid workers from providing aid in said designated regions, with penalties for doing so including police investigation and prosecution.

Successful advocacy by peacebuilding activists added stipulations to this provision in the final version of the act that allows humanitarian aid workers to enter and work in these regions and considers aid delivery a “reasonable excuse” for travel to and from them. Nevertheless, these stipulations still dissuade many aid workers from travelling to designated areas for fear their work will not be considered a “reasonable excuse” or that they themselves would not be considered an aid worker. UK aid providers in these areas continue to face issues with overseas bank accounts being closed or frozen thus prohibiting the transfer of money while working, among other legal troubles upon return.

Somalia provides a clear case study on the failure of these laws to provide aid to victims of famine in regions controlled by terrorists. Recurrent droughts and mismanagement of food aid by local governments have contributed to the majority of Somalia’s population facing persistent famine for the past decade.

Additionally, the terrorist group al-Shabaab, on the FTO list since 2008, continues to operate in and control the southern half of the country. This combination means trouble for humanitarian aid workers looking to avoid jail time. Restrictive Material Support Laws mean that famine-stricken Somalis living in regions controlled by al-Shabaab receive only around 10-15% of the amount of aid that Somalis living outside of al-Shabaab’s reach receive. This comes from fear of prosecution by Material Support Laws for providing aid to areas with an al-Shabaab presence as well as concerns regarding disorganized or unfair distribution. No matter where the majority of the blame falls, the end result is that two million people suffer needlessly in Somalia annually.

Part of what makes these laws so frustrating is that they were codified before many modern crises began. The PATRIOT Act and 18 U.S.C § 2339 A and B were adopted into United States law in 2001 and 2002, respectively. These years correspond to the very beginning of al-Shabaab’s presence and growth in Somalia. For this reason, they cannot have been written with Somalia’s current context in mind. As a result, aid workers and political leaders in the United States and the United Kingdom find their hands bound by ill-fitting terms of engagement.

It’s not all doom and gloom. In Somalia’s case, during a particularly terrible period of famine in 2011, the U.S. Department of State announced that “any U.S. aid groups that provide famine aid in areas of Somalia controlled by al-Shabaab…will not be prosecuted for violating the U.S. law prohibiting material support of terrorism if they act in good faith to reach victims of the famine”. This meant that aid workers were able to engage in delivering famine relief without fear of prosecution for unintentionally providing material support to terrorists.

This small exception to the rules had disproportionately positive impacts on people’s lives. It also set a promising precedent for future permanent change. After all, the charge of Material Support Laws is not to block life-saving aid to starving foreign nationals, but solely to prevent terrorists from receiving said aid.

Towards a set of solutions

Alright, how do you fix these problems created by Material Support Laws? Several potential solutions exist, with a wide range of feasibility.

First, similar to the case of Somalia in 2011, is the creation of a governmental body in aid-giving states which independently reviews cases for temporary exceptions to the laws.

This body would work on a case-by-case basis to review humanitarian crises and judge whether or not a certain crisis meets specific criteria to qualify for an exception to Material Support Laws. These exceptions would be temporary, to ensure that engagement with and provision of material support to terrorists could not take place years after the initial exception was granted and the initial humanitarian crisis resolved. In the UK, cases could be reviewed by the Home Secretary’s office just as areas being designated as prohibited for travel are reviewed.

Second, amendments can be passed into law that change the very language of the existing material.

The language of these amendments would need to offer greater legal protections to humanitarian aid organizations that unintentionally provide material support to terrorists, or provide clear explanations as to what would qualify as an exception to the rules. Essentially, the text of the PATRIOT Act Section 805, 18 U.S.C § 2339A or B, or the Counter-Terrorism and Border Security Act would need to be altered or expanded upon. Enacting changes to these laws in this manner is certainly a lofty and likely time-consuming goal, as it would need to pass through several rounds of approval in US and UK governments. However, what this method lacks in speed, it makes up for in permanence. This process would likely only need to be completed once (in the foreseeable future, at least).

A third and final recommendation to improve the ability of humanitarian aid workers to provide aid to terrorist-adjacent crises despite Material Support Laws, is a complete restructuring of the way governments work with terrorists.

This recommendation is by far the most ambitious in scope; the bottom line is that policies preventing work with terrorists need to be separated from policies outlining how to work with national governments defined as terrorists by the FTO. One potential avenue involves not designating those involved in a state’s legitimate central government as a faction of the terrorist organization. By doing this, humanitarian aid workers would still be able to work with the central government to better distribute aid. One precedent to this solution is the purposeful non-designation of the Afghan Taliban as an FTO, despite the Pakistani Taliban arm being considered one. This strategy allowed the U.S. to make the 2020 deal with the Afghan Taliban – a genuine sign of cooperative intentions despite its relative success or failure.

Terrorists in countries experiencing a humanitarian crisis complicate the delivery of necessary humanitarian aid and material support. With that in mind, Material Support Laws in crucial aid-giving states like the United States and the United Kingdom must change to improve in order to save lives around the world.